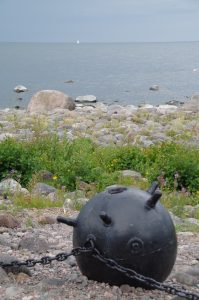 In the August of 1941 at the tip of the Juminda Peninsula one of the most devastating naval battles was held causing the lives of up to 25,000 people according to war historian Mati Õun. Couple of hundred ships and vessels retreating from Tallinn to Leningrad had to face 32 km of mines, bombardments from land and air. 52 ships were lost, the first to sank was Viroonia with its 1400 travellers. On one of the passenger ships detained famous Estonian opera singer Georg Ots survived 8 hours in water as an excellent swimmer. Memorials were erected on the Juminda Peninsula on 1972 and 2001 (photo: Anu Printsmann 28.07.2020)

Ongoing Estonian Maritime Spatial Planning (see Estonian maritime spatial plan) deems the Gulf of Finland waters – where the Estonian case study lies – mostly unfavourable for energy production, aquaculture and seabed mining. Small-scale marine biotechnology can be found happening not on the spot but with research and development centres in major towns. What then remains of Blue Growth pillars is coastal tourism, which associates foremost with beaches and sea bathing, yachting, birdwatching – all rather easily attachable to the fields of sustainable tourism. Can military heritage be substantiated, too?

Since the WWII the eastern part of the Baltic Sea was separated with the so-called iron curtain, where special permits were needed to visit friends or relatives in the coastal area. The border zone was literally fenced off and majority of civil maritime activity ceased to exist with boats destroyed (Printsmann et al. 2011, Printsmann and Pikner 2019). A whole military infrastructure was created to fill that void: barracks for troops, rocket bases, concrete groundwork for searchlights, watch towers and posts for surveying etc. When the Soviet Army left by the 31st of August 1994 much material and immaterial matter was abandoned and has been much continued so until today.

Hara harbour was a secret research station of demagnetisation of submarines complete with a training base and settlement – still standing today. It was privatised in late 1990s, but in practise remained open for the visitors. In 2019 a NGO initiative took over and now wanderers have to buy tickets to see the Soviet ruins, yet the area has become also enriched with some art exhibitions and projects.

Enthusiasts sign-post former sites that are rather overgrown and difficult to notice in the landscape. Village societies are interested to reminiscence, collect and share stories of unbelievable adventures in the border zone. One common feature is that when anyone was attained due to this or that violation of a regulation in the border zone, they were required to peel potatoes as a punishment.

Coastal military heritage is not a Soviet invention, many lighthouses and harbours have military/naval background. Information on battles is made known to public on information boards.

Ship wrecks are attractions to divers. The Baltic Sea usually is not a favourite among searchers of underwater heritage as the water is cold and the visibility is low. On the other hand, the conditions are excellent to preserve wooden wrecks, which is not common in other parts of the world. How to attract both local and foreign divers? Via digitally created 3D models and underwater information boards!

The traditions of maritime culture go back to at least the Viking Age where ancient bonfires were lit to guide seamen. Everyone reaching the fire owned the fire keeper 100 sprats. Now this necessity is replaced with one of the year event in the end of summer to remember all brave seafarers across the Baltic Sea (Ancient Lights also in Estonian, Latvian, Lithuanian, Finnish, Swedish and Russian versions).

On 27th of August 2020 Estonia celebrated for the first time the Baltic Sea Day. An annual, action-inspiring and thought-provoking theme day launched by the John Nurminen Foundation in 2019. Some of the guided excursions introduced the Peter the Great’s Naval Fortress, which later served as a prison with a sea view.

There exist creative challenges in finding sustainable ways to present and mobilise military heritage along the multi-layered coastal and maritime landscapes, which provide necessary contribution to tourism related branches of Blue Growth. 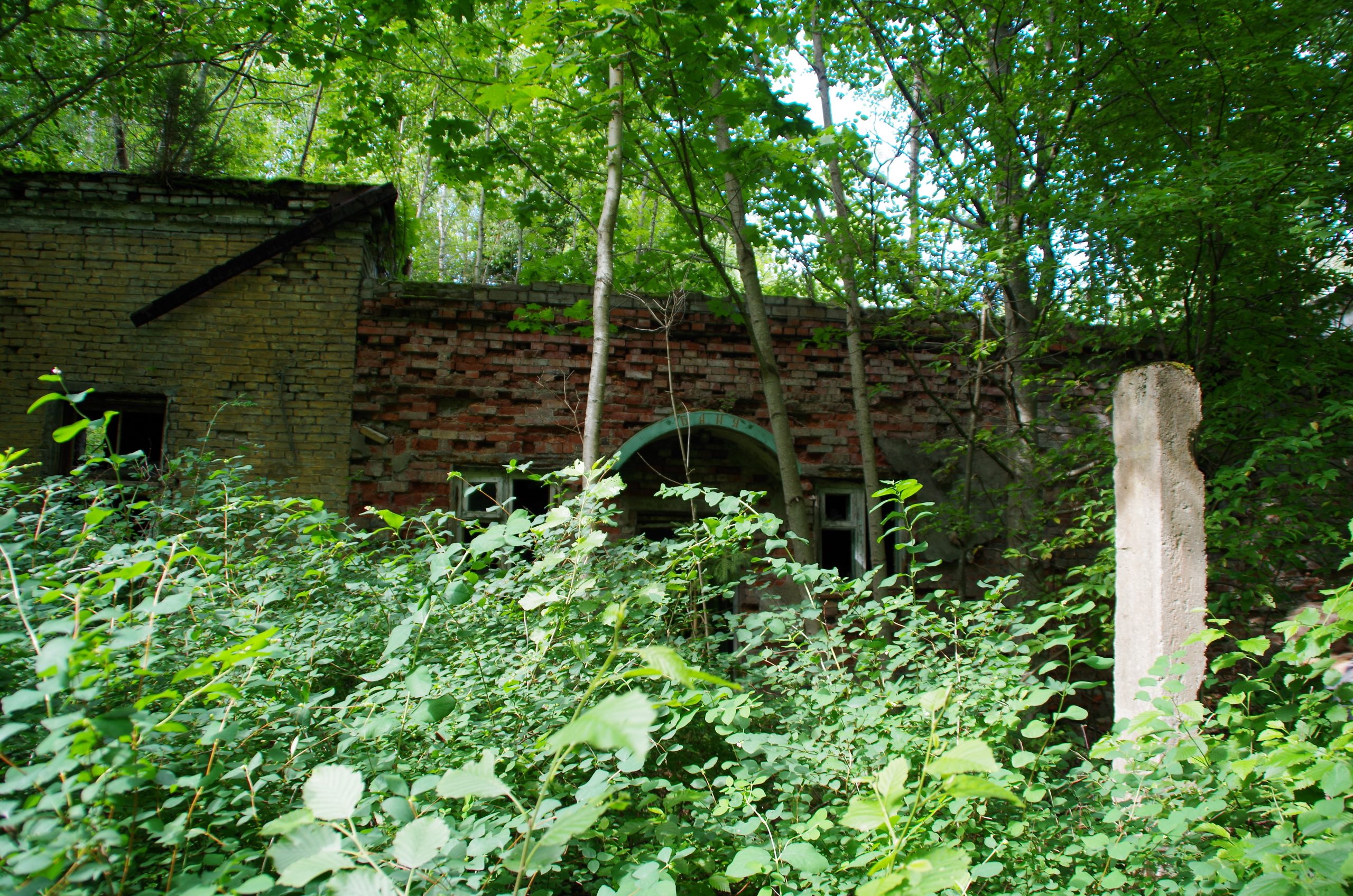 An overgrown sauna building is still discernible in a Soviet military base camp at the Hara village (photo: Anu Printsmann 30.07.2020) 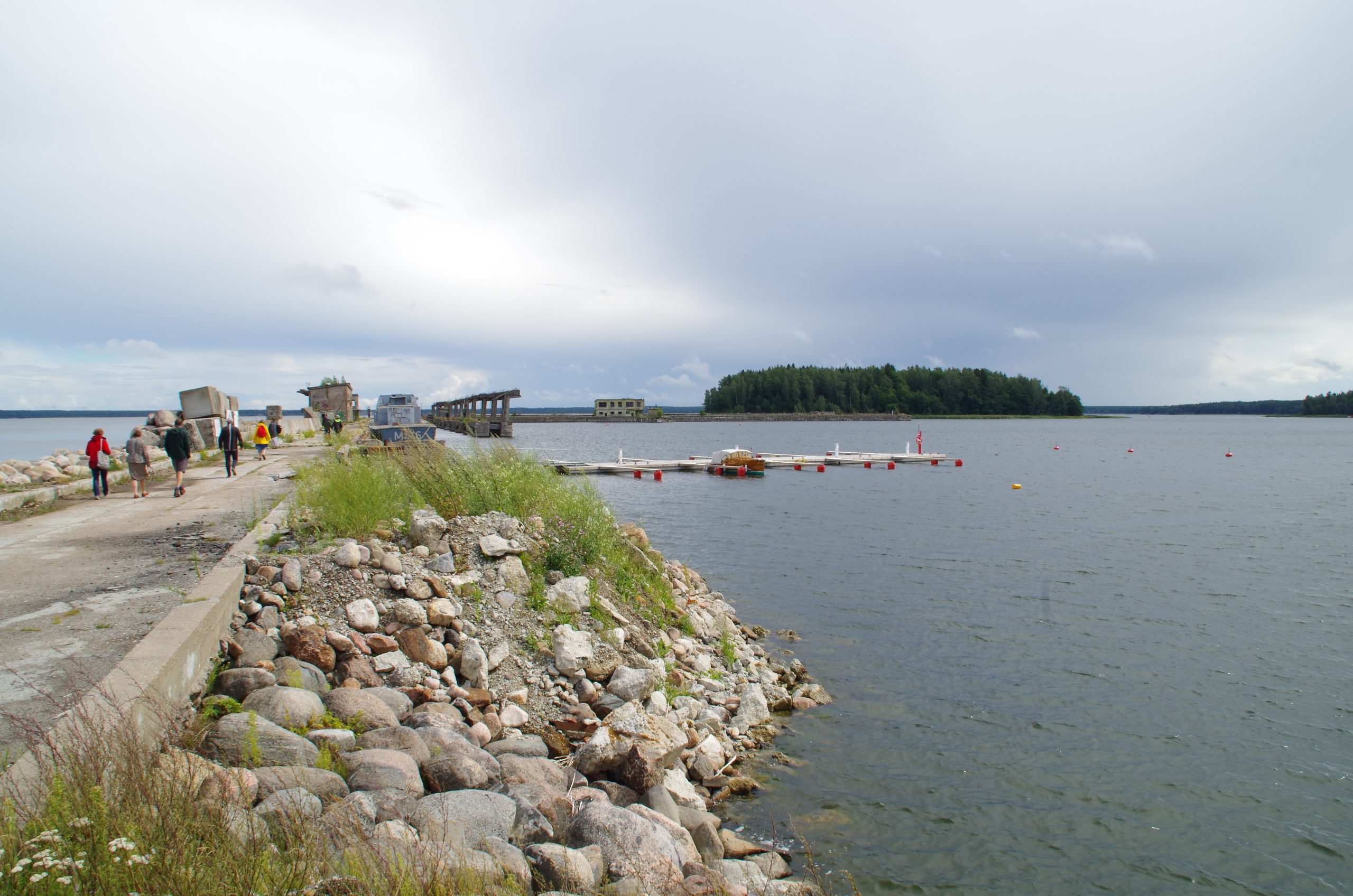 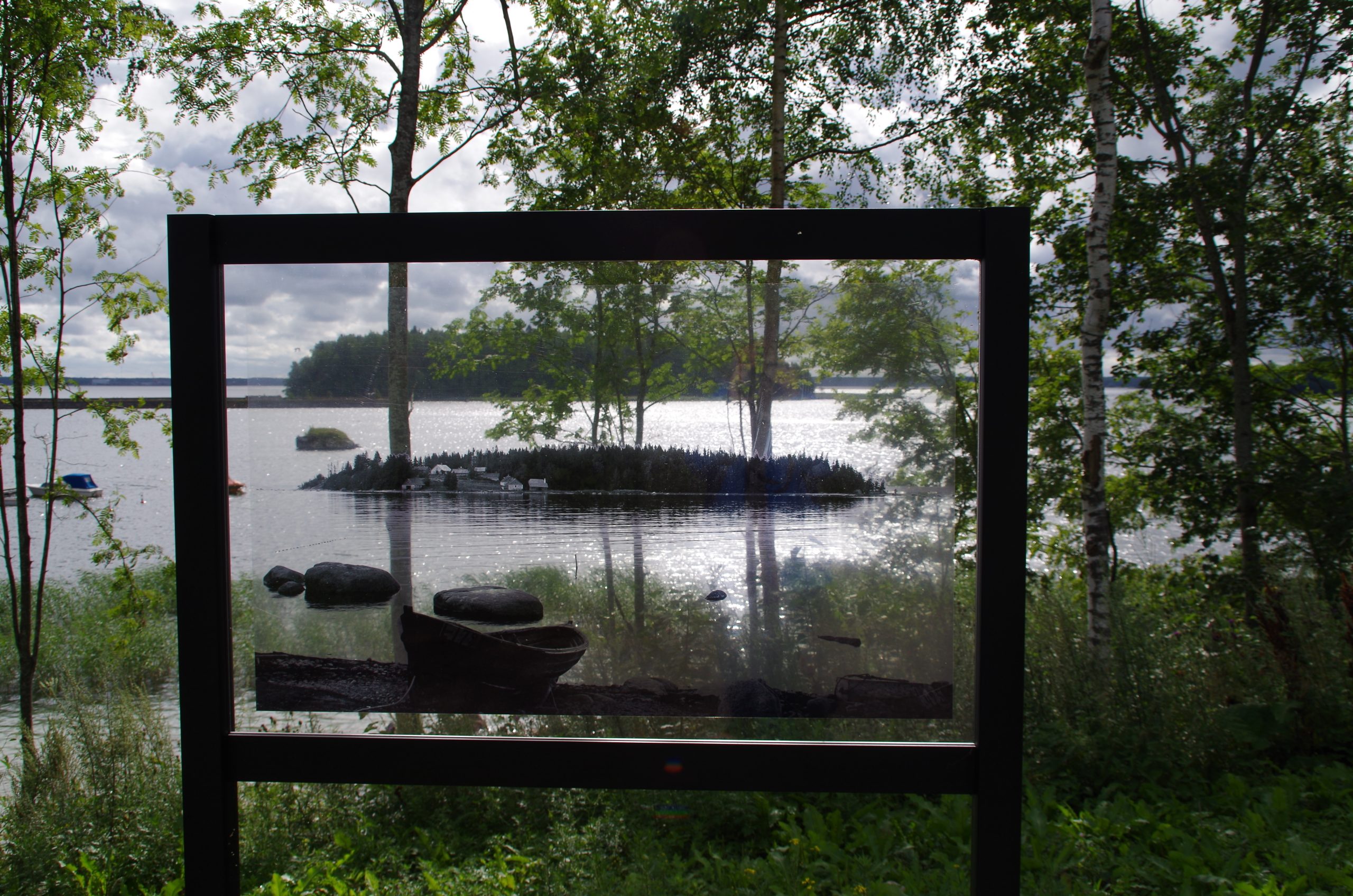 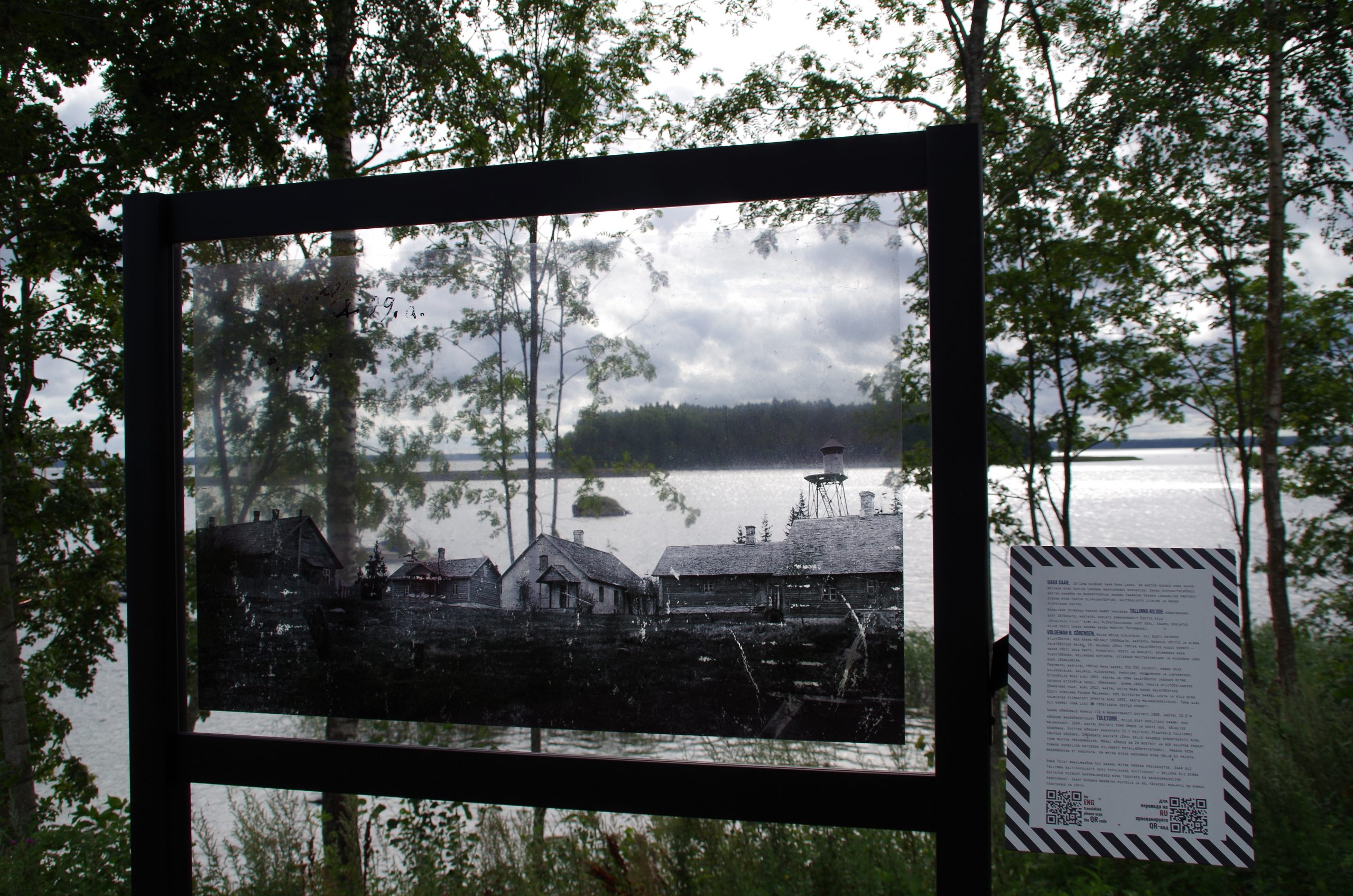 Before the WWII several families settled Hara Island, it was a popular summer site for Baltic Germans. Locals consider it as the birthplace of famous Tallinn sprats giving work for around 300 people. During the Soviet period it was part of the submarine demagnetisation research base. Currently it is part of Lahemaa National Park where nature is left to take over on its own pace (photo: Anu Printsmann 30.07.2020) 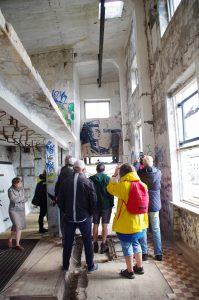 Military art is being restored in Hara harbour. It is guessed that there could have been around 2000 Soviet military murals in Estonia whereas only 1% of them is detectable today (photo: Anu Printsmann 30.07.2020) 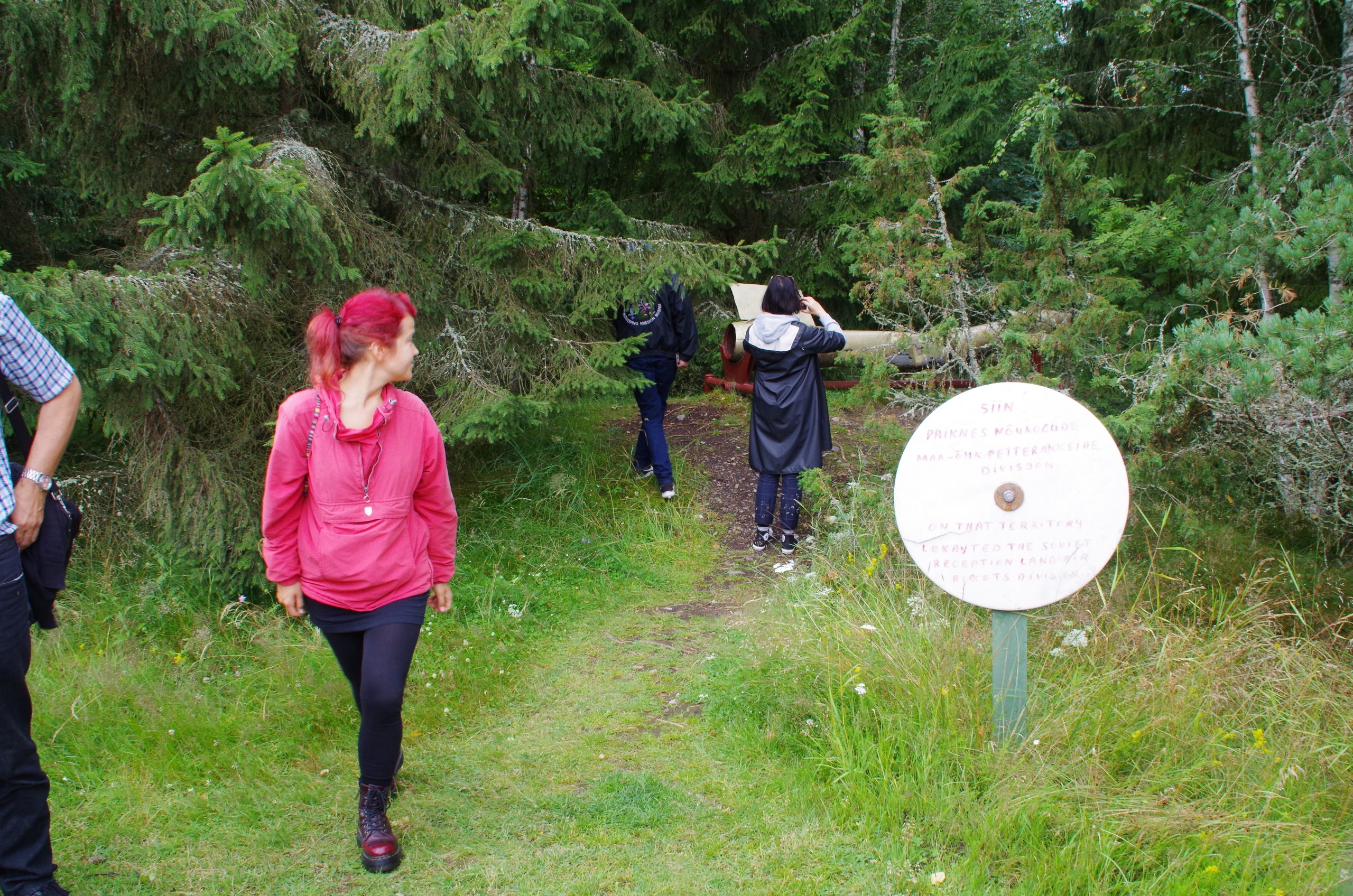